Posted by Law De
in Uncategorized 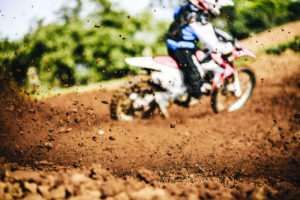 A 13-year-old boy was killed in a dirt bike accident at the Trail-Way Speedway in Adams County last weekend.

The teen was identified as Mason Scott Farro, of Middletown, by the York County Coroner’s Office. Farro died at Hanover Hospital after the accident on Saturday that involved several dirt bikes.

According to police, the crash occurred around 6 pm during a practice run for a scheduled race at the speedway. On-site medical crews responded within seconds of the accident and Farro was rushed to the hospital by ambulance after the crash.

Farro’s death was ruled an accidental death due to blunt force trauma to the head.

Farro was a high-performing student at Louis L. Redding Middle School where he was a member of the football, wrestling, and lacrosse clubs. The school is planning an academic achievement award next year that will bear Farro’s name.

Sorry, the comment form is closed at this time.